At the very northern tip of the Ibaraki prefecture, only two kilometers from the border with the Fukushima prefecture, lies a series of rocky inlets facing the Pacific Ocean called Izura. Literally ‘five inlets’, this area is renowned not only for its physical beauty, but also for the rich cultural and artistic history it became the stage for at the turn of the last century. And all of these elements are fused and forged into the little red pagoda bathing in the ocean spray at the foot of a nearby cliff, the famous Rokkakudo.

Since then Rokkakudo has been used as a symbol of the cultural and artistic heritage of Japan in general and Northern Ibaraki in particular, and had been preserved as a National Cultural Asset under the guidance of Ibaraki University since the early Showa era. That is, until the Great Eastern Japan Earthquake Disaster of March 2011.

The northern coast of Ibaraki was devastated by the same tsunami as Fukushima and the other afflicted prefectures; in fact, due to the crenulated coastline, the tsunami’s 5-6 meter high waves in other nearby areas topped 10 meters on the Izura cliffs as the water was chanelled into the quickly narrowing high-walled inlets. Within minutes of the water’s impact Rokkakudo was swept cleanly off its foundation and carried back out to sea with the receding waters, and never seen again. It is surmised that the current carried it so far out that it sank past the coast of Japan in deeper waters than it could have been recovered from.

To turn tragedy into opportunity, the reconstruction group decided to take this chance to rebuild Rokkakudo in the spitting image of how it had been during Tenshin’s time, over 100 years earlier. There was just one problem: no one knew exactly what it looked like.

So the reconstruction group put out a call for old photographs of the site, pored copiously over old literary descriptions of it, and consulted specialists with knowledge of the building methods and materials of the period. Through the use of advanced computer technology they were able to colorize old pictures to get an idea of the color scheme, estimate the types of roof tiles and the correct dimensions, and soon they had a blueprint to work with. Now it was just a matter of finding the same materials and fitting everything together.

To this end the highest-level artisans of Japanese building and architecture brought in, and a search for Meiji era materials began. The wood was taken from 150 year old Japanese cedar trees donated by a local; the roof tiles were brought in from a factory in Okayama; and the glass in the windows was imported from a company in England that still made it in the same way as that used in the original Rokkakudo, bubbles and warps and all. In addition, making 4 different surveys of the ocean floor, divers searched for the original pieces of the former Rokkakudo, and found several elements that they were able to include in the reborn Rokkakudo. Altogether, the effort to rebuild Rokkakudo spanned both the dimensions of time and distance, bringing together the knowledge, skills, and emotions of people around the world [ref]. 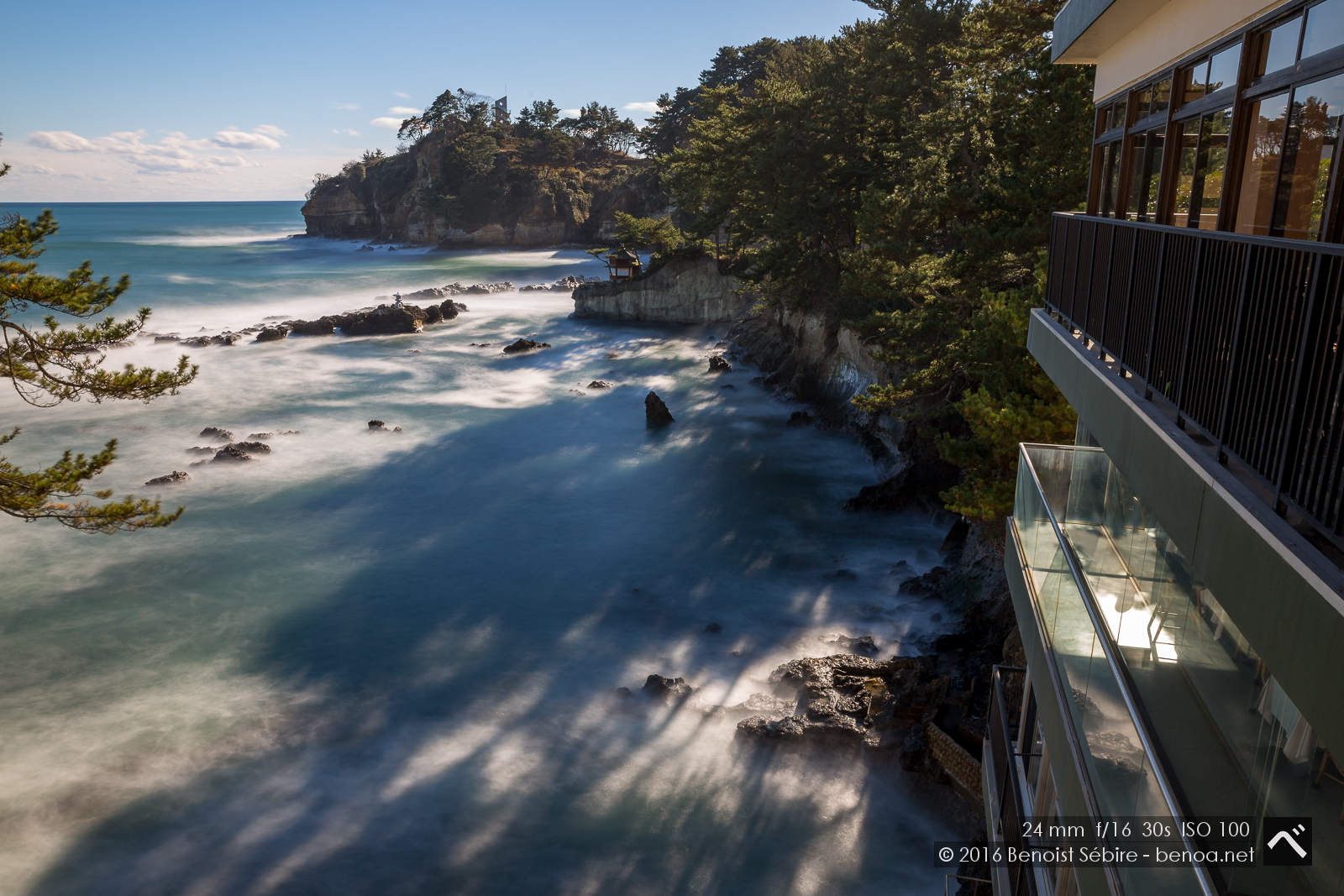