Invader is the pseudonym of a well-known French urban artist, born in 1969, whose work is modelled on the crude pixellation of 1970s–1980s 8-bit video games. He took his name from the 1978 arcade game Space Invaders, and much of his work is composed of square ceramic tiles inspired by video game characters. Although he prefers to remain incognito, and guards his identity carefully, his distinctive creations can be seen in many highly-visible locations in more than 65 cities in 33 countries. He documents each intervention in a city as an “Invasion”, and has published books and maps of the location of each of his street mosaics [ref]. Here in Harajuku. 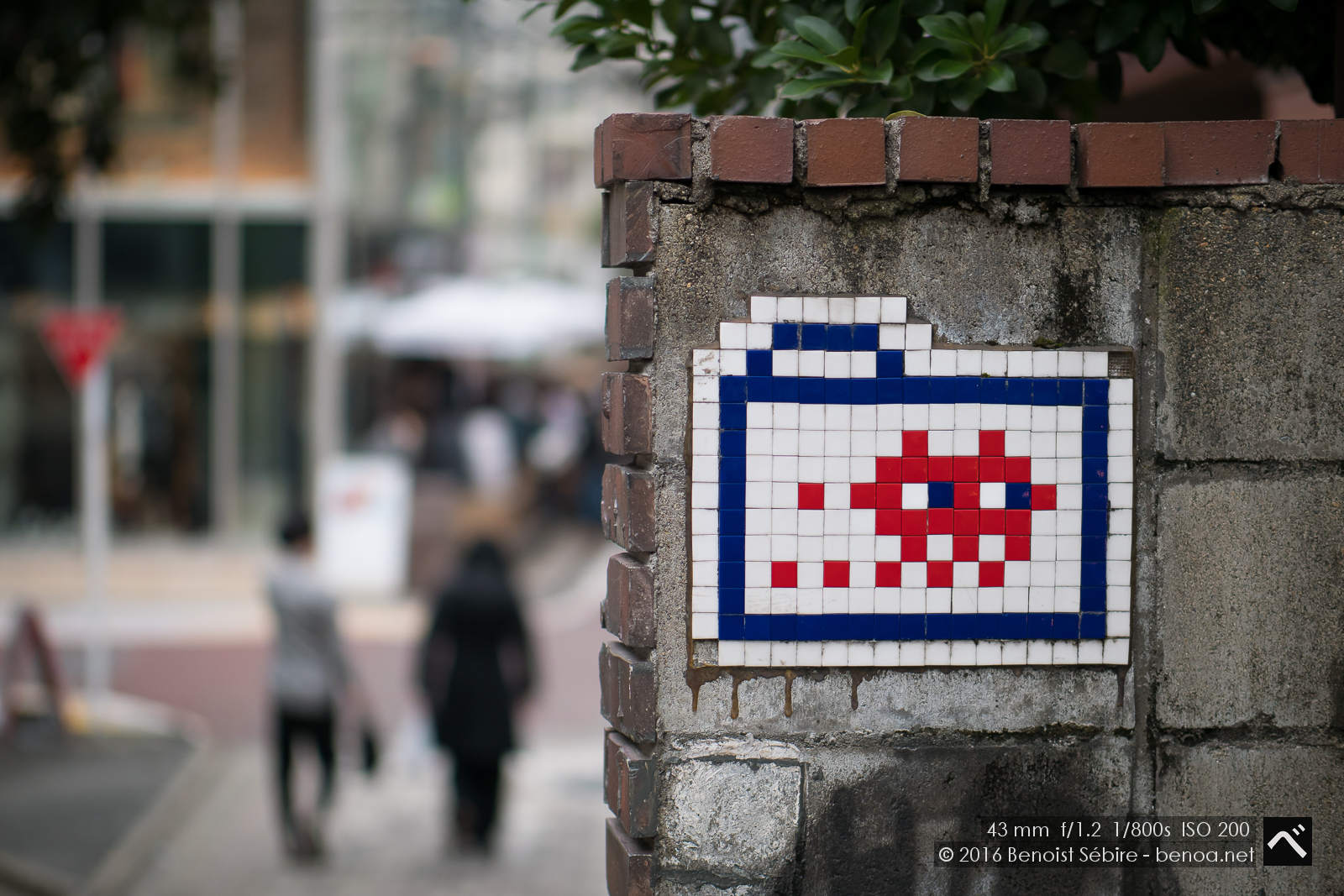